To meet its nutritional requirement, Asian hornbills eat fruits 99% of the time, or are mostly frugivores. During breeding season or low fruit season, hornbills will eat other preys or behave more omnivorous. African hornbills are mostly insectivores.

Bird’s sex, age, breeding season and environmental conditions determine how much food is consumed. The hornbill’s large curved beak is an adaptation of its diet.

The fruits that make up their diet and are collected from trees and not the ground, are grouped into three types: drupaceous or fleshy fruits containing fats, husked fruits, and figs with high water, carbohydrate, protein and calcium content. Hornbills also eat fruits that contain sap during breeding season as nest sealing material.

Other sources of food including insects, reptiles, crabs, small mammals and small birds are important for hornbill’s physical growth and physiological development, especially during egg development.

There are several ways that hornbills obtain their food, such as levering, digging, chasing, swooping, plucking, and hawking. Before ingesting, hornbills will crush, soften, carry or swallow. All these may be done at the same time, depending on the type of food.

There are two ways that hornbills consume fruits. The first is by picking up and softening the fruit in their beaks, and then regurgitating the seed after the rest of the fruit has been ingested. The second method is by swallowing the fruit (that generally have small or fine seeds) through their beaks and into their throats, before entering their digestive system. The seeds are then defecated by the birds.

Feeding in the mornings are done in high frequency, which declines toward noon but again increases during the late afternoon. This is also referred to as bimodal activity. Feeding frequency is thought to be influenced by temperatures and changes in solar intensity. 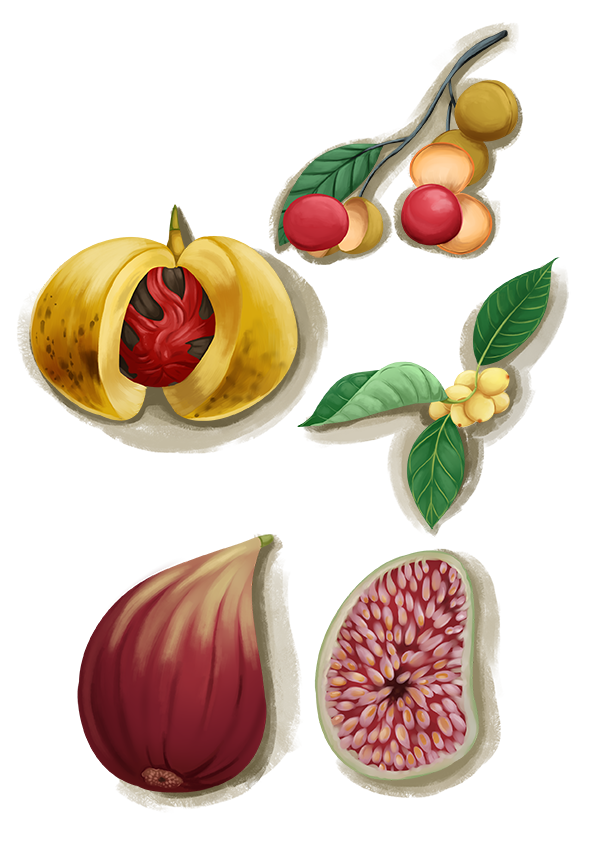